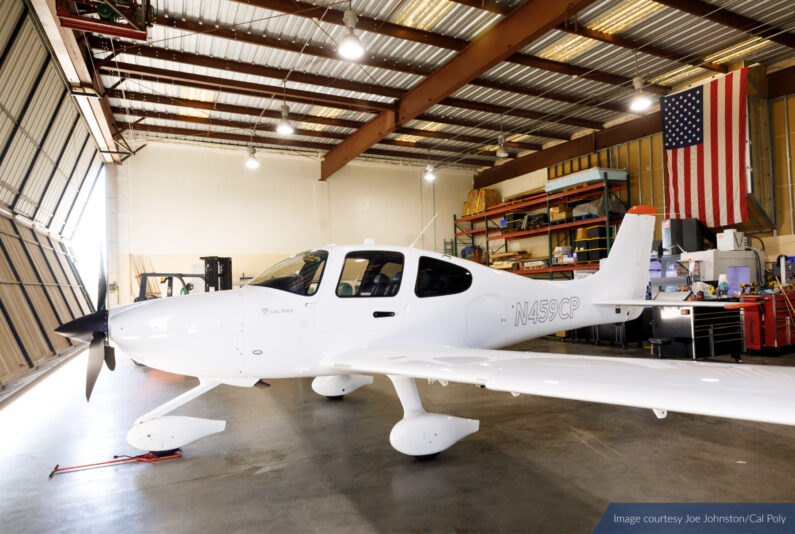 The intent of this program is for students to get hands-on, ears-on experience using industry-standard communications infrastructure, explains Associate Professor, Dr. Paulo Iscold. The focus is to teach aerospace engineering students how to operate communication systems and work as a team efficiently and productively in a ground control station.

Here, learning and understanding how to foster fluent communications between the autonomous aircraft (with onboard standby pilot) and the ground is mission critical. “Our ground station is one of the most important parts of this laboratory for introducing students to how to talk on intercoms. That’s why we selected Clear-Com,” Iscold said. Moreover, because Clear-Com is the preferred system by the top, large-scale UAS programs, it is a natural choice for a training environment. “And, with our Clear-Com system, we push that further because students aren’t just talking to the aircraft, they’re talking to others inside the control room, learning to work collectively on the same problems.”

“The analogy I use is that we teach the students how to be musicians, but never let them touch the instrument,” Iscold says. Here, the aim is to teach students to use their ‘instrument’ instinctively by not only rehearsing them for future ‘performances’ using flight simulators, but essentially putting them ‘on stage’ with manned airplanes. “With simulations, we can pause, take our headsets off, and ask, ‘How can we improve? How can we be more efficient?’ With airplanes, there’s no pause button. It’s for real.”

The aim is to provide practical experience using the tools and systems graduates will encounter in real-world operational environments. They’ll learn to brief test pilots and view and analyze data in real-time; these are soft skills Iscold says aerospace engineers “rarely learn in school and instead have to develop during their professional lives.”

Dr. Iscold would know. While studying at the Federal University of Minas Gerais in Brazil, Iscold designed and built his first airplane, the CEA-308, which set four world records with the International Federation of Aeronautics as of 2010. That was followed by designing and constructing two more record-setting race planes, the CEA-309 Mehari and the CEA-311 Anequim. Since 2008, Iscold has also participated in Red Bull’s Air Race Championship. Most recently, he served as Team Tactician for the US-based ‘Team Chambliss,’ where he developed solutions and procedures that have become the standard to beat in the competition. In short, he lives and breathes aviation.

Additionally, the lab will incorporate Clear-Com’s Agent-IC® Mobile App and Station-IC™ Virtual Desktop Client to provide students with remote connectivity. Given that the program serves 120 students annually, and only ten students can occupy the lab simultaneously, remote connectivity is a powerful and necessary asset. While they rotate students in and out of the lab, the capabilities provided by Agent-IC and Station-IC allow those not physically present to listen, learn, and understand the language and flow of proper communication by way of a “fly-on-the-wall” perspective.

“Our ground station looks like what you’d see in NASA or Space X rocket launches,” Iscold said, “with engineers sitting in front of displays as data rolls down their screens, communicating with each other, the flight director, and air traffic control. We need to teach students how to handle all that communication simultaneously, so the flexibility Clear-Com provides was a defining factor for us.”

The integration of an HCI license on the matrix makes the system even more sophisticated than many actual ‘working’ stations. “We’re using one intercom on multiple frequencies and changing frequencies on all the other control stations. That flexibility – and the ability to integrate Clear-Com with other components in the ground station – was very important to us.”

Ultimately, Iscold believes there are other benefits to Cal Poly’s adoption of Clear-Com as a teaching tool. Namely, proving the value of deploying similar, real-world solutions to other educational institutions. “If we’re not exposing students to the reality of the work, we’re not doing a good job. Communicating like this requires discipline and methods that aren’t necessarily natural for anyone.”

Dr. Iscold sums up: “They need to learn the work, and to fail; not catastrophically, but in a protected environment. We believe that if our students have these skills when they graduate, they can hit the ground running, and Clear-Com is key to making that happen.” 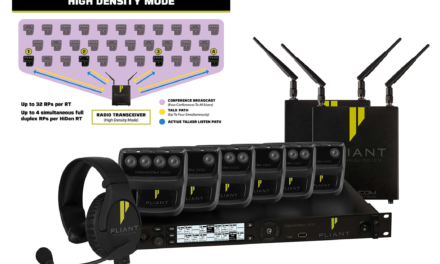